Your ex is not a narcissist …and you are not a victim. 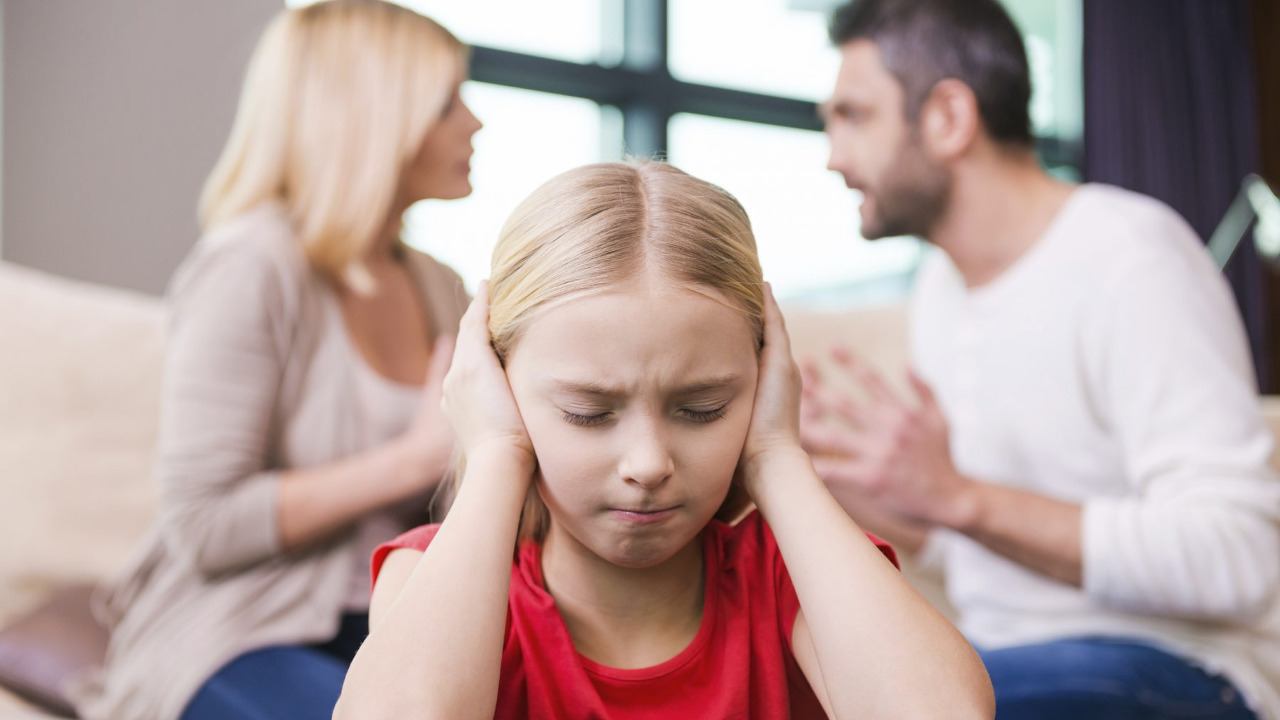 Your separation is or was hell.

You can’t reach an agreement with your ex on childcare, money or future arrangements.

They refuse to give you what you deserve, and continue to make selfish and unrealistic demands.

Despite this, your ex isn’t a narcissist, and you’re not a victim.

The popularity of being a victim.

For some hideous reason, being a victim seems to have become the fashion over the last few years…

Too many people are jumping on the bandwagon of being offended by someone’s opinion, joke, or decade old comment, taken out of context, and finding some way to have been a victim of the persecution that wasn’t.

It’s boring, sickening and frankly, scary. You can’t have an opinion that everyone will agree with, it’s simply not possible. So, if everyone who didn’t agree were to cry offence and victimisation at everything they didn’t agree with, where would society be?

Free speech needs to be free. Discussion and debate need to exist. Radical accusations to shut down genuine concerns, perspectives and lines of enquiry must be condemned.

This brings me on to your ex.

We all have narcissistic tendencies.

– to some degree, it’s called survival.

They’re not going to agree with you. On a lot of things. Then, because people are people, when you react to their (counter) perspective, they’ll not try to see your side of things and eventually everything you say will be dismissed.

Now, because they’re defending themselves, and their rights, against their perception of your intention – they’re a narcissist?

You are certainly not the victim either.

The issue here is perception. Perception is reality. It honestly doesn’t matter what the truth is, it matters what people believe the truth to be. This is what our whole legal system is based on. Trying to get the judge, or the jury, to see things from the desired point of view.

This then is the problem with separating parents. Both are constantly ‘attacking’ one another, ‘trying to take the children away’, ‘to prevent contact and visitation’ because they both have a ‘right’ to defend.

Both are confiding in their friends and family about the latest vicious attack on their entitlement and the outlandish demands by the other.

The reality however is probably somewhat different, and certainly marred by the perception of the legal system, one’s rights and the sensationalising of divorce and separation in the movies and between celebrities.

The truth of the matter, and the problems it causes.

What is the truth then?

Now, more than ever*, both parents want to share responsibility, as equally as possible, to bring up their children.

* I’m not entirely convinced. I suspect that both parents have wanted to parent for as long as there have been kids, but only now do we have the society and technology that allows people to voice their opinions without prejudice. Well, until the next bandwagon anyway.

Why is this a problem?

There are several reasons. Most of them borne out of ignorance of the situation – exacerbated by reacting to a legitimately raised concern.

In order for one to have parenting time, the other must lose some – and neither party is willing to lose ‘their’ time.

Another reason I’ve come across is the feeling of “being less of a parent” for ‘only’ fulfilling half the duties, rather than being a single super-parent and ‘allowing’ visitation.

This I fear is a variation on the victim culture. One would rather be a ‘hard-done by, aren’t you so brave’ single parent than share the responsibility with their willing (and fighting for access) former partner.

As I said above, they’re ignorant to the fact they’re doing this.

The effect is further compounded by the lawyers, or solicitors, whose duty is to pursue your best interests.

There is no-one there for the child’s best interests.

Unless, that is, both parents can take a step back, reassess the situation and put the kids first. Really first, not the parent’s idea of first because they’re the better parent, more this, less that, etc.

Then, instruct the solicitors to pursue this. When all parties are putting kids first, rather than trying to do battle over pension percentages, the kids flourish. The parents will move on, sort their own finances out in time and everyone will have a manageable, happy and fulfilling upbringing.

To balance what I said before, there are genuinely single parents out there, honestly having a tough time and making the best of it. Don’t pretend to be one of them – it demeans their plight and serves your children no purpose.

“You’re the one who left, so you need to find a way to make it work.”

“I need to protect the kids from disappointment.”

You, yes you, need to help find a way to make it work.

It has been proven repeatedly that children fare better in all aspects of their lives when they have access to both loving parents. Bio parents. Step parents are an extra bonus, but bio parents make the biggest difference.

This means that if your ex is struggling – which they probably will be – you need to help.

Divorce and separation are messy and have huge consequences on many things including finances. Yes, you’ve had your income reduced. Now you have to find a way to keep a roof over everyone’s head as well as keep them fed, get them to school, pay fees and bills etc.

They also want to have enough room for the kids to stay with them half the time, ensure they get to go on school trips, eat more than just beans on toast etc.

You will both have to make sacrifices and ensure some form of suffering. Equally.

This does not make you a victim.

The fact that they are seeking equality does not make them a narcissist.

So, you have to help make it work for the sake of the kids. This may mean you have to do more of the driving, so they can save the fuel money and spend it on getting a more suitable place.

This may mean that you have to miss out on some of those special moments, the bringing home of the merit from school, the loss of the first tooth, the first bike ride without stabilisers, the first girl or boyfriend.

“It’s their fault, why should I be the one to miss out?!”

Because you’re expecting them to. You will have just as many moments that they miss out on. This is what happens when parents separate.

“It will be too much change and instability for my children”

Many, many children move house to new areas, new schools, new countries. Yes, they lose contact with some friends but they make new ones. That’s what children do – so long as they are loved and supported in doing so.

The moment you start telling them it’s too hard, too unstable and they won’t be able to make friends, they won’t. This is not because you were right, this is because you made it so.

Several US states and countries worldwide default to 50/50 care by both parents and where necessary intervene financially to ensure both parties can afford to maintain the arrangement.

Because it’s actually what’s best for the kids.

No, we don’t adopt this in the UK, yet, but there are several causes fighting for it – and they’re not narcissists either.

You however, can. Voluntarily. Put your child, and their relationship with both parents first. Ensure that you reach an agreement where both parents can support this.

“But I want my children to have a strong relationship with my new partner.”

They will, anyway. Under no circumstances should you be putting your new partner ahead of your child’s parent in their lives.

What happens if this relationship fails too?

You weren’t planning on the last one failing. If you put someone ahead of the bio parent, and they go too, you have now personally orchestrated the loss of two parenting figures in their lives.

Bio parent comes first. The relationship with any new partner will develop in its own time.

If the default were 50/50, it’s unlikely you would be fighting it, you would accept it and make it work. But because it’s not, you’re avoiding it at all costs?

LISTEN when the other parent raises a point they disagree with. Whether it’s time, money, parenting, contact, rules, routines, schools, holidays or even your relationships.

It is easy to only see where you’ve made sacrifices, and easy to feel like you’re the only one bending over backwards. This is highly unlikely.

They are not things designed to offend you, though they may, and you are not a victim of a narcissist.

You are experiencing the mirror of yourself, the other parent who wants the best for their child and to have a hand in providing it for them.

** There are narcissists out there, of both sexes. The percentage of the population is low, so I stand by my opinion. Consider this; believing that your situation is completely unique is a narcissistic tendency. If you really and truly believe you are dealing with a narcissist, then stop abusing the term and seek a professional opinion. Everyone else, on to the next fad please.

So, stop throwing around this absolute nonsense, grow the hell up, both of you, and learn to parent together. When you work as a team you can raise happier, more successful and smarter children.

Further, while you have every right to raise concerns of your own (and you should – they can’t help resolve a problem they don’t know about, whether or not they ‘should have realised’), you have no say nor any entitlement to information regarding what happens in their home and how they run things. It’s their life.

You don’t want them interfering with yours, back off, and don’t interfere with theirs. If you stop trying to control and impose your will, you’ll find they become a much better parent.

See my post What to do after separation: 12 steps to success for more on how to make things easier for your kids, and yourself, after a break-up. 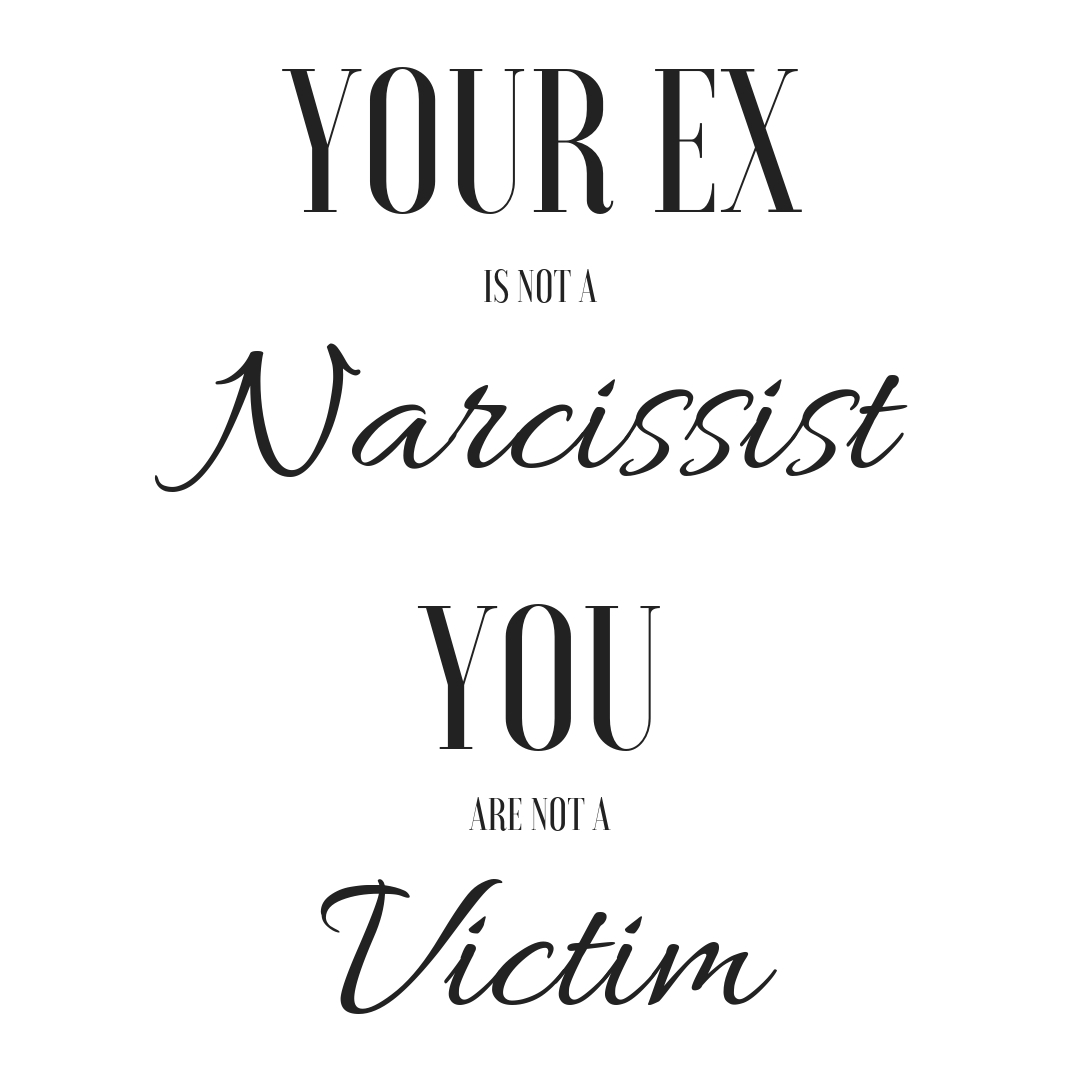