My school discriminates against separated dads 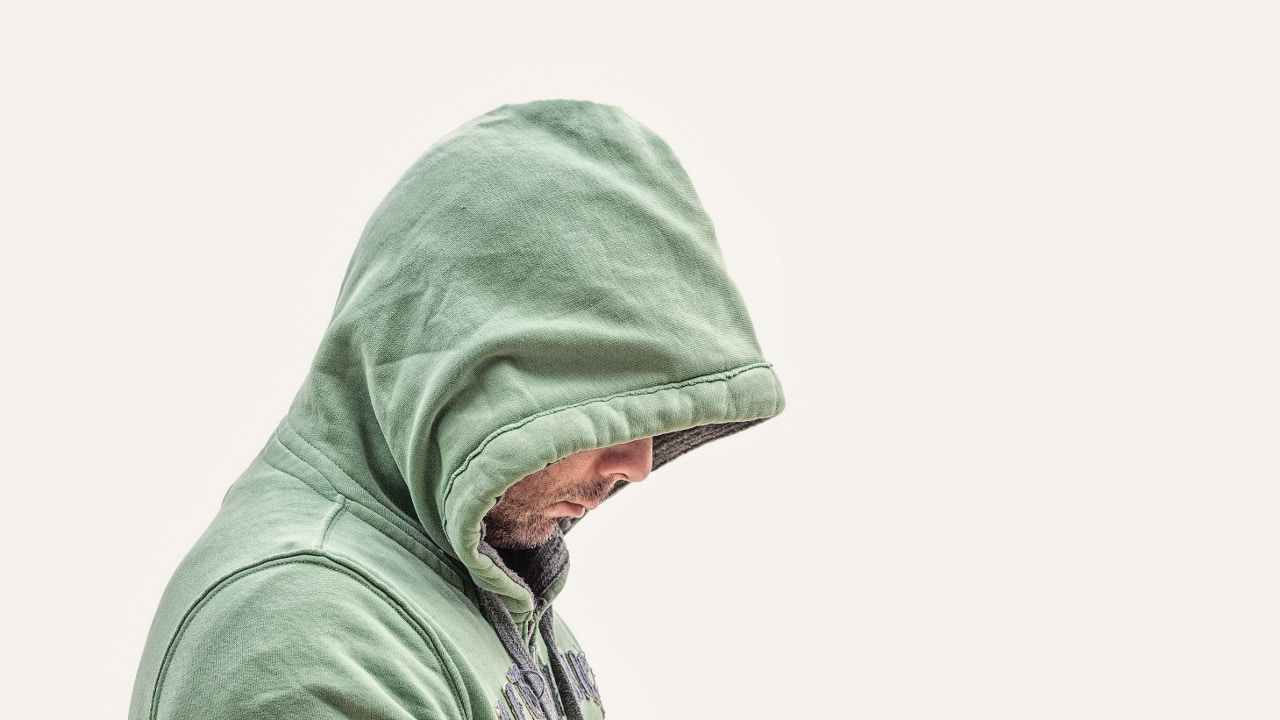 Recently I had a bit of a run in with my daughter’s school over safeguarding. Unfortunately, they overlooked the safeguarding issue and twisted it into a separation issue. One that quickly escalated into me being denied any information under the guise of GDPR.

A little bit of background.

I live and work around 100 miles from my daughter and her school since I was made redundant when my previous and very local employer went bust.

Because I work in a specialist industry, and work shifts, this means that I don’t often get to do the school run – but I do it as often as I can, to make sure that the teachers are aware of who I am and so that my daughter gets to spend as much time with her dad as possible.

A couple of weeks ago I found out that my daughter had been picked up from school by mummy’s ‘friend’.

Now, mummy has had a friend for over a year, and I have no problem with this – I’d like to see her move on and actually get this divorce over and done with. However, mummy is denying consistently that he is any more than a friend, despite having redecorated and dedicated a bedroom for his son, and my daughter having walked in on the friend ‘sleeping’ on top of mummy.

The issue I have here is that her delaying the divorce and denying the relationship exists is a) lying to my daughter and showing that it is ok to lie, and b) defrauding me.

“What’s the problem, she has a boyfriend, move on!”

I have a duty to protect my daughter. Until and unless this is a long term and stable relationship, I cannot allow the friend to be a primary carer for my daughter (something her mother attempted to get me to sign up to). Once it is a formal, stable relationship – no problem. She can do the dirty with whoever she likes, I could not care less. However, I care very much who my daughter is exposed to.

The risk to my daughter.

The friend is not on the list of people pre-approved to collect my child from school. Most schools have a system whereby it is possible to have someone not listed collect a child if they show ID and give a pre-agreed password.

Neither of these things happened.

A man, who is not related to my daughter, was able to collect her from school, with no checks.

I was, and still am, livid.

Most probably know that the greatest risk to children is posed by someone who they know. Typically a male, a close family friend, step-parent, or extended family e.g uncle. Further, many known to have abused children have held a position of authority or power – such as a uniformed profession*.

The friend fits this profile exactly.

My issue is that without the school having made any checks, said friend, spurned after the end of the relationship, has easy and unrestricted access to my child. The school offers no protection whatsoever.

So, before I challenged the school, I asked for a copy of the current list of people approved to collect my child.

“I’m her father, why won’t you tell me who’s approved to collect her?”

“I’m her father. Whose data are you protecting?”

“Ok, I believe someone is on the list who shouldn’t be. How can I check the list to make sure this doesn’t happen?”

“Under GDPR we can’t disclose the details”

Are you serious? A school can’t tell me who is approved to collect my daughter, and mistakes don’t happen?

No, strangely enough, I don’t buy it. As I’m sure you can imagine, I was a little frustrated.

So, rather than seeking the proof that he wasn’t on the list before challenging them, I decided to go ahead and explain that I thought they’d made an error in safeguarding.

“Last week, on Thursday, my child was collected by a man who is not on the list of people approved to collect her, how did this happen?”

Without trying to quote every line of the conversation, the answer came back as:

“I’ve spoken with the class teacher and I can assure you there is nothing to worry about.”

I AM WORRIED – THIS IS WHY I’M HERE TRYING TO ADDRESS THE ISSUE.

Eventually the school management tell me that the class teacher assured them that my daughter has only been collected by women, and the same two women who were approved to do so since the beginning of term. So, I have nothing to worry about.

I am a man, and I collected my daughter from school the Friday before.

Except, apparently, I didn’t. Neither did the friend it seems. FFS.

Either I’m being lied to, or the teacher didn’t notice, or this is now an effort to just cover it up and make me go away – or all of these.

People make mistakes, sure, but don’t tell me my kid has only been picked up by women, and you’ve been “assured” of this by the teacher, while I’m telling you that is simply not the case. I KNOW that is not the case – I am one of the MEN who picked her up. “Listening ears please!”

This has gone from being “You’ve made a mistake, please can you fix it” to “If you continue to lie to me, or your safeguarding is that bad, I’m going to pursue this as far as I can take it – you are putting not only my child, but every child in this school at risk because of your complacency.”

I collared the head teacher in the playground, who by this point had been briefed – you’ll never guess what his response was…

“So far as I know, without saying anything I can’t, he couldn’t have collected her…”

So I’ve not named this guy, but you know who it is. How could you possibly know who if he’s not picked my daughter up? Moreover, I know he was in hospital at the beginning of the month – and clearly so do you, but he’s out now and he picked my kid up last week despite not being approved to do so! You also know that it’s not just women who’ve picked her up, our you’d be supporting that line, so why the lies?

He added to this saying

“really, we need the parents to arrange this between themselves…”

OK, you’re not wrong – her mother and I need to agree who is OK and who is not. Not surprisingly, she decided to withhold this information from me and hoped I wouldn’t find out.

However, this is not the issue I’m trying to address right now. YOU RELEASED A CHILD TO SOMEONE YOU SHOULDN’T HAVE – nope, falling on deaf ears.

This is prejudice against separated dads

By now I’ve realised that this is not about GDPR, or about safeguarding to them. They don’t know how much I know about the mother’s boyfriend, so in order to protect them from a perceived nosey ex, my daughter is put at risk and I’m denied access to the information needed to protect her.

The new boyfriend has more access and power than her father in the eyes of the school.

The next morning, I met her mother at the school to hand over some overnight bits and pieces before I went back to work, told her I was being denied access to information and asked her to help fix it. To her credit, her reply was “you should have access to everything”. Yes, I should, but apparently the school have other ideas.

So, mum tells school I should have access – and they release the list I was asking for.

Just to reiterate – the school released GDPR protected information – that was unavailable to me without the permission of every person on the list, whether or not they were supposed to be on it – because the mother said it was ok. Nothing written, just an “it’s ok” through the reception window.

How is this anything other than prejudice and discrimination against the separated father?

Would this apply to sole custody or widowed dads? Of course not.

It is also, as anyone with experience of data protection would know – a significant GDPR breach. Both in the withholding and the release.

To add insult to injury, they misspelt my name on the 6 line email they sent me, 4 lines of which were names.

To further entertain you, the other woman (“the only other person who had collected my child from school this term”) was not on the list.

I have written a letter to the head explaining my complaint about both the safeguarding and discrimination. I’ve not had a formal reply. I will be taking this to the local education authority, and most likely the information commissioner.

I don’t particularly want to cause the school hassle, I know it’s a tough environment, I’ve taught in the past. However, this is not only a major failing in safeguarding, it’s one they’ve decided to twist into a separation issue in order to wash their hands of it. They are blind to their failing – and that’s not OK.

Someone’s child could be put severely at risk – they’ve had their warning, they’ve not acted.

Now, while I’m not the nosey ex fishing for info (I really don’t care about her relationship – I got out – I’m free!), I do understand that these people exist.

However, when it comes to child and data protection – I (and they) have a legal right and entitlement to the information, whether or not someone wants me to have it.

The school’s job is to adhere to the rules, not to take sides. I have suspicions of parental alienation through ignorance and ‘protection’ of the relationship with the new boyfriend. I left because I wanted my daughter to have a healthy relationship in two happy families instead of one miserable one, not because I wanted to be cut out of her life and replaced. The school is only enabling this to happen by failing to remain impartial.

Have you had a similar experience? Please share – if only so I know I’m not the only one!

If you’ve been affected by Parental Alienation or similar prejudice and discrimination, visit www.cc-alliance.org and join the campaign. Help to reform the family courts and care system to better support BOTH parents and particularly the children’s REAL needs after separation.